Let's get this straight. This is the Richmond in North Yorkshire, not the one in South West London. A small festival held in the town's Market Hall, it was due to start at 17.00 on the Friday night, yet at ten minutes past, there appeared to be a lot more to do. They were still rearranging the market trader's stalls.

However, when I enquired of a man who was counting money, he said I could get a beer as soon as he'd given the servers the tills, and so it proved. 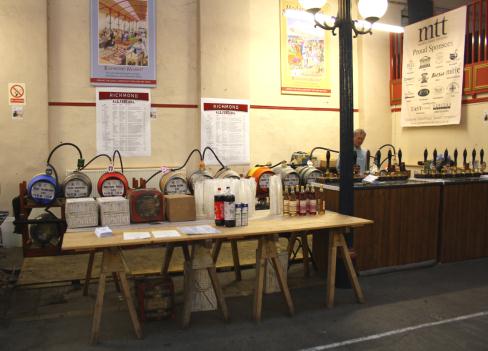 About thirty were on offer, mostly from the north but several from Scotland.

Stand out beers were Thornbridge Wild Swan (3.5%); Rowley Mild (3.2%) from Wensleydale; Sam Saint (5.0%) from Brewdog, a ruby ale made with five malts, but still very hoppy, the brewery's signature.

Another interesting beer was local; Richmond Pale (4.6%) from the Richmond Station Brewery. Four ciders were on, all from the West Country. 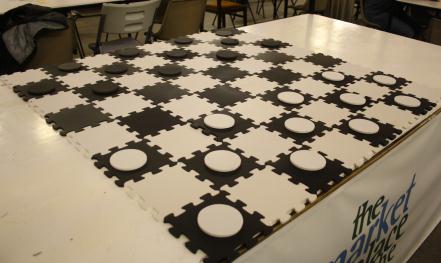 What was very interesting was the number of games provided for children (and adults?) such as giant draughts and Jenga, also Connect 4 and dominoes.

It certainly served its purpose and kept the kids quiet, apart from the clattering of bricks, etc. A very good idea that should be copied.

All in all, an excellent little festival.

Information on future festivals will be posted at: www.nwyorkscamra.co.uk