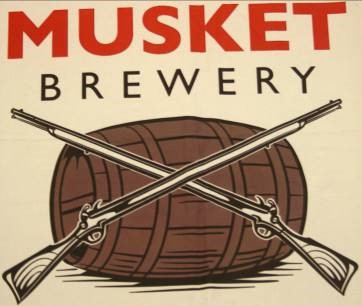 This was a whistle-stop visit to this brewery in Linton. This is a village south of the county town of Maidstone. Whistle-stop because it was part of a larger tour arranged by Colin Maskell of CAMRA Medway to celebrate his sixtieth birthday.

Our first visit that day was to the Whitstable Brewery in Grafty Green, east of here. That brewery has previously been a subject of an article in BeerVisits.

This brewery was founded in October 2013 by Mark Stroud and Tony Williams. Their respective wives Beccy and Linda are the other directors. They have interesting backgrounds. Tony was previously the MD of a newspaper group, then Head of Media & Marketing for a local council, then he went to a charity where he performed a similar function. Mark was in television for ten years, then founded his own building company. 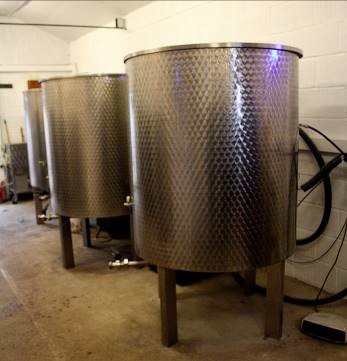 They both met when they sang in the choir of Holy Cross church in Bearsted. They were both enthusiastic home brewers. Beccy and Linda deal with the administration of the company. Beccy had her own pre-school music business and has been the clerk to the local parish council. Linda specialises in the criminal justice system and has been involved in obtaining a lot of EU funding for UK projects helping disadvantaged citizens.

The choice of Musket for the name of the brewery is very interesting and it comes about because of its location. There was a large military camp at nearby Coxheath that was involved in the training of troops in anticipation of an invasion from France. There were a number of Royal reviews of these soldiers including a big one in 1778 with King George III and Queen Charlotte visited them. As they all carried muskets, the founders thought it would be a good name.

We arrived at the brewery and were met by Tony who gave a short speech about them and their objectives, some of which is detailed above. The most important subject mentioned was their commitment to traditional English Ales. It was very refreshing to see that they had a range of just five beers with no seasonals or specials. Actually, one of them is a Golden Ale, which is rapidly becoming an English style. 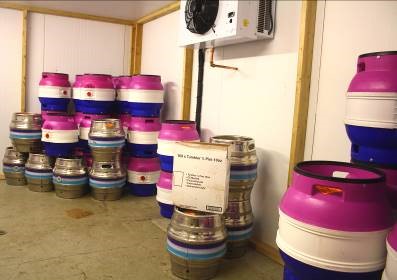 So, this is the list: Flintlock Best Bitter (4.2%); Muzzleloader (4.5%), a premium best bitter; Trigger (3.6%), a session pale ale, Powder Burn (5.0%), a Porter and finally, the aforementioned Fife and Drum (3.8%), their golden ale. After explaining the ethos of the brewery Tony pointed us towards a cask of Flintlock, which tasted terrific in its natural setting. Since this was written there has been another beer, Flash in the Pan (4.0%) a green-hopped golden ale that was available during the Kent Green Hop Festival.

Sadly, it was time to leave on our frenetic tour of breweries located around Maidstone, but not very far.

This was a private visit and the company’s policy on visits is not known.