To get to this pub in the Nusle district, I went by suburban train to Vršovice station, which looks close on the map, but isn't. I was with friend Patrick and about twenty minutes later we were passing over the threshold of the pub. 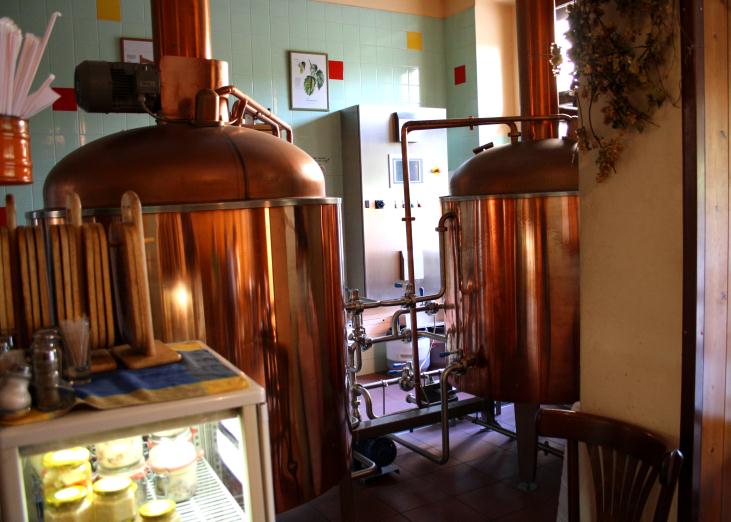 This pub is variously known as Basta or Sousedský Pivovar U Bausethů and initial impressions were favourable. We took a seat at the back and looked at the available beers. These were 12% Svètlý Speciál (light), 12% Polotmavý Speciál (half dark) and 14% Tmavý Speciál (dark).

We had all three and liked the lot. It was nice to be away from the city centre. The service was excellent and the food very good. It's at Táborská 49, yet, according to the sign on the building, it's also known as Výčep.

Tram 11 passes Muzeum and I.P. Pavlova metro stations, get off at Náměstí Bratří Synků.
Tram 18 runs though the Old Town and runs along Táborská, passing the pub.