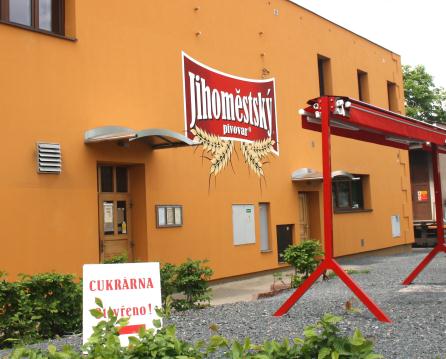 This was my first visit to this very interesting brewpub located amongst the high rise flats built during the communist era on the outskirts of the city.

It's in the suburb of Háje, which is the very last stop on Metro line C on the southern edge of the city, about 35 minutes from the city centre stations. The pub is about ten minutes walk from the Metro station, please see the directions below.

It's not a pretty building, once being an electricity sub-station, which is probably why it has no windows on the lower level. After your eyes have accustomed to the apparent darkness, you will find a solidly traditional beer hall with a nice old-fashioned bar back, with the brewery standing sentinel at the opposite end of the room.

They do two regular beers and have up to three specials. The regulars are 11% Jíhoměšťan Polotmave and 12% Ležák Světlý. The lone special was 14% Tmavý Speciál 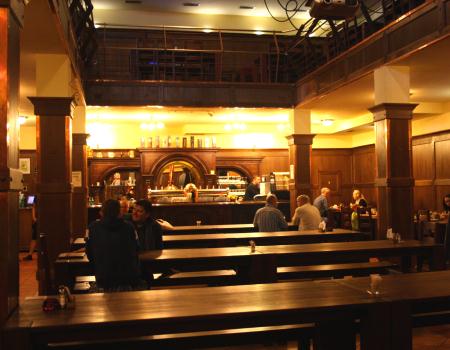 The two beers from the standard range were tried to begin with, the first was the 11% half-dark (Amber) brew and was well-liked, being quite bitter.

The 12% Light Pale lager was a really good example of this classic Czech style.

Finally the 14% was approached. A small glass each for myself and Russell, my worthy drinking companion. We were quite surprised as, although it was an intense dark malt flavour there was a nice bitter finish. 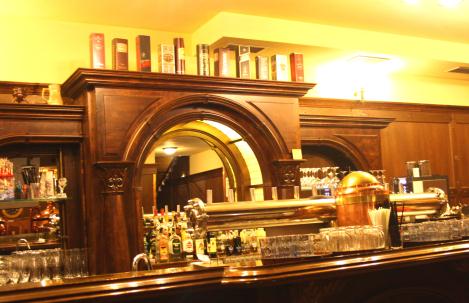 A part-owner of this brewpub is Frantisek Richter who founded the Bulovka Brewery. The "South-City" pub opened on 31st March 2010 although you'd think it had been there for ages.

Upstairs is the HooDoo Music club and along one side of the building they have a cake shop. It would appear that this is a good place to eat, no city centre prices out here!

I can't wait to return.

From Háje Metro station go out the main exit.
There should be a few buses there and some shops in the station building on the right. Turn right and walk towards the modern church. Turn right and, when you have a moment, cross to the same side as the church. Continue almost to a main road intersection, just before go left in front of a block of flats. When you think there can't be a brewpub here, take the first road on the left and you will see your destination, about ten minutes from the station.