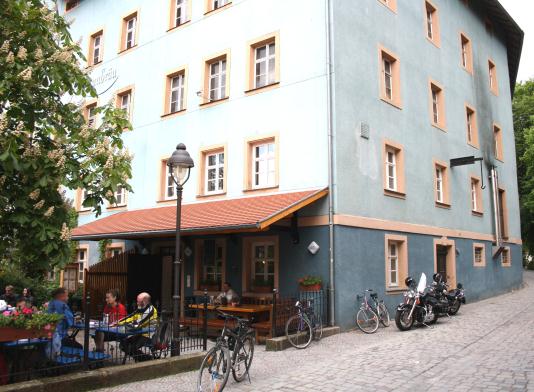 The name of Kulmbach was once synonymous with beer production but how things have changed.

In Bavaria it was second only to Munich when it came to the amount of beer production in a single town or city.

I am not sure what the current situation is, but when I first became acquainted with it in the late 1960s there were four massive breweries that dominated the skyline.

It was, in fact, very similar to Burton-on-Trent. In other words a smallish town with big breweries. Kulmbach is, however, the main town of its district, and has an impressively long history. 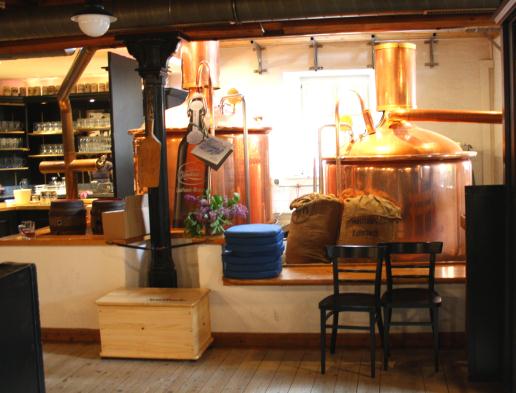 The Mönchshof is now the home of the Bavarian Brewery Museum (Bayerisches Brauereimuseum) and it houses a micro-brewery that supplies their restaurant and bar, opened in 2002.

Reichelbräu is the only large brewery left in town and has been renamed Kulmbacher and produces many beers under that name. It also makes a full range of Mönchshof and E.K.U. beers including the well-known E.K.U 28 (11% abv), once publicised as the strongest beer in the world, although I doubt if it ever was. 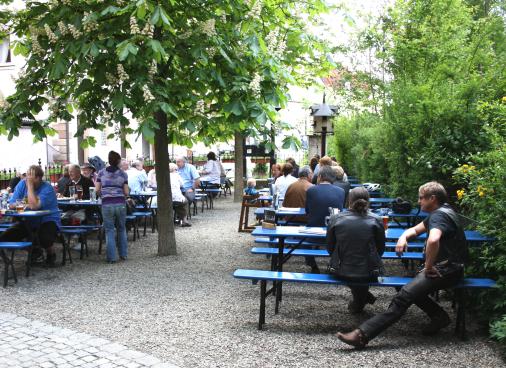 The Sandlerbräu beers and the Reichelbräu brands have disappeared without trace.

However, whilst these big breweries were closing a small one was opening as, in 1994, the Kulmbacher Kommunbräu opened its doors.

It was a fine afternoon when I and compatriot Patrick called in and we settled in the beer garden. Just two beers were offered; Hell (4.9%, light) and Bernstein (4.9%, brown).

They normally do a beer of the month. The sales start on the first Wednesday but none was forthcoming on our visit, so I presume it had sold out.

We had a half litre of each and although they were both good, albeit a bit too gassy.

This place is recommended for visit at any time of year.

The pub is about fifteen minutes from Kulmbach station
which is served by RE (Regional Express) and RB (Regional local) trains.